Assault Charges Were Downgraded from 2nd Degree to Simple Assault 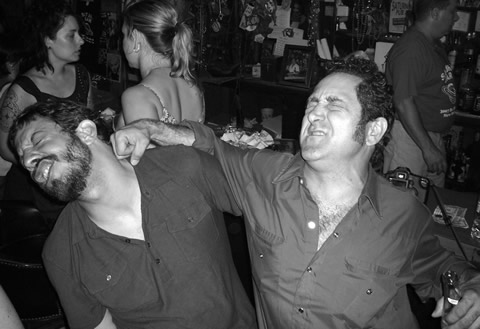 Mr. Oliver just finished representing a client that had been charged with aggravated assault in the second degree, in violation of NJSA 2C:12-1b(7) based on an altercation that took place outside a bar. The fact that a fight ensued between the Defendant and the victim was never in dispute. Nor was the fact that the victim suffered serious injuries, which consisted of multiple facial fractures and that he was knocked unconscious. However, the victims versions of event drastically differed from his clients. After a very through review of the discovery, which included not only the medical records but also several witnesses statements and 911 calls, it was clear that the victim’s version of events did not line up. The victim had insisted that he was viciously attacked by the Defendant for what he claimed, was no apparent reason. However, the evidence provided told a very different story. After pointing out the serious proof issues that existed, Mr. Oliver and the prosecution were able to come to a very favorable resolution. The Defendant, who was already on probation at the time of the offense for two separate incidents, one which involved the theft of movable property and the other resisting arrest, would enter a plea of guilty to the offense of simple assault. In turn, the Defendant would be placed back on probation for a term of one year and that probation would run concurrent to the probation that the Defendant was already on. In addition, for the violations of probation, the Defendant would simply be reinstated. So, the Defendant went from facing up to ten years in a State Prison and a fine up to $150,000 to being placed back on probation.

Assault charges in New Jersey can be complex and the penalties that could be imposed based on a conviction can be life changing. The difference between what the Defendant referenced above was facing versus what he ultimately plead guilty too was night and day.  A second degree aggravated assault charge is punishable anywhere from five to ten years in a State Prison, a fine up to $150,000 and the sentence would be subject to the No Early Release Act (NERA). NERA in essence requires a Defendant to serve at least 85% of their sentence before they could even become eligible for parole. Also, since the offense is a second degree, a presumption of imprisonment would attach. Conversely, a simple assault charge is punishable by up to six months in the Mercer County Jail, a fine up to $1,000 and a presumption against incarceration would apply. So as you can tell, there is a huge difference between the two charges. That is why if you have been charged with an assault charge in Mercer County it is crucial that you speak to an experienced criminal defense attorney about your options. If you have been charged with assault in Mercer County, in towns like Princeton, Hamilton, Lawrence, Ewing, East Windsor, Trenton or  Robbinsville, Keith Oliver Criminal Law can help. We offer free initial consultations, so if you have any questions whatsoever, please do not hesitate to contact us. We can be reached 24/7 at 609-789-0779.