Monmouth County as whole sees a tremendous amount of lewdness offenses each and every year. This is probably do in large part to its numerous towns which are located directly on the coast. If you have been charged with lewdness in Belmar, Manasquan, Gunnison Beach, Eatontown, Tinton Falls, Holmdel or elsewhere in Monmouth County it is imperative that you speak to an experienced Monmouth County criminal defense attorney about your options as soon as possible. As you will see below, lewdness can be either a disorderly persons offense (misdemeanor)  or a fourth degree felony. The difference between the two is significant. It could be the difference between a probationary sentence at worse and eighteen months in a State Prison. In addition, pursuant to the new bail guidelines, a Defendant accused of a crime, including lewdness, could find themselves being detained for 48 hours in the Monmouth County Jail pending a detention hearing. On top of that, if the detention hearing does not go well, the Judge could order a Defendant to be held in the Monmouth County jail without bail pending trial.

These are serious charges and require the assistance of an experienced Monmouth County criminal defense attorney. If you or loved one has been charged with lewdness, endangering the welfare of a child, possession of marijuana, aggravated sexual assault, criminal sexual contact, invasion of privacy or any other offense for that matter, the Keith Oliver Criminal Law can help. Mr. Oliver has extensive experience representing clients charged with lewdness not only in the Monmouth County Superior Courthouse but also in the Federal District Courthouse in Newark as well. Anyone arrested and charged with lewdness at Gunnison Beach at Sandy Hook will have their matter transferred to Federal Court. If you would like to schedule a free initial consultation today with Mr. Oliver or any other member of our team then please contact us at (732)858-6959. We are available 24/7 to help assist in any way possible. Now here is some key information on the offense of lewdness, including what separates a fourth degree felony from a disorderly persons offense

The governing statute in New Jersey for lewdness is N.J.S.A. 2C:14-4. Pursuant to the statute, lewdness is broken down into two separate sections N.J.S.A. 2C:14-4(a) and N.J.S.A. 2C:14-4(b). As you will see below, a “lewd act” is something that will become a key area when contesting these types of matters. A “lewd act” has been defined by the courts as, sexually indecent behavior. It includes but is not limited to the exposing of the genitals for the purpose of arousing or gratifying the sexual desire of the Defendant.

Can I be Convicted of Lewdness if Nobody Witnessed Anything?

In order to be convicted of N.J.S.A. 2C:14-4(a), the prosecution must prove beyond a reasonable doubt the following elements:

In order to be convicted of N.J.S.A. 2C:14-4(b), the prosecution must prove beyond a reasonable doubt the following elements:

Is Lewdness a Felony Offense in New Jersey?

Will I Be Placed on Megan’s Law if I am Convicted of Lewdness in New Jersey?

Fortunately, pursuant to NJSA 2C:7, the offense of lewdness is not one of the enumerated offenses that would subject an individual to registering under Megan’s Law. Furthermore, they would not be forced to be on Parole Supervision for Life as well. For more information on these additional collateral consequences to sex offenses in New Jersey, please click the link.

How to Post Bail on a Lewdness Charge in Monmouth County?

New Jersey uses what is referred to as a risk assessment when it comes to potentially setting bail. If the lewdness charges are issued on a Complaint-Warrant, then the individual must be taken to the Monmouth County Jail, for at least 24 to 48 hours so that pretrial services can conduct their interview. The prosecutor will then take that information and make a determination by the individual’s Central Judicial Processing Hearing whether they will agree to release them on bail or whether they will be filing for detention. If they file for detention, that means they will be seeking to convince the Judge that the individual must be detained in the Monmouth County Jail, without bail, pending trial. In order for this to happen, the Judge must conduct a formal hearing whereby they will listen to arguments from both sides about conditions of release and ultimately the decision will be up to them. For more information on detention hearings in Freehold involving lewdness cases, please click the link. 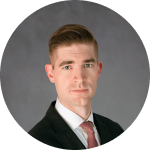