Have you been accused of or charged with money laundering? New Jersey prosecutors take money laundering offenses very seriously, which means a conviction could have life-changing implications. In addition to criminal penalties like fines and jail time, you may suffer other consequences such as difficulty finding or keeping a job, inability to qualify for certain types of housing, and loss of certain privileges.

If you are facing criminal money laundering charges in New Jersey, you need the help of an experienced local attorney who can defend your rights and fight for a positive outcome. At Keith Oliver Criminal Law, our team understands just how nerve-wracking it can feel to be accused of a crime and not know what to expect. We are here to listen to your side of the story, address your concerns, and develop an intelligent strategy for your defense.

Our New Jersey money laundering attorneys have a strong track record of securing favorable outcomes for clients in similar positions to yours. Let us put our skills, experience, and resource to work on your defense. Contact us today for an initial case review, and tell us about your situation.

What Is Money Laundering?

At its most basic, money laundering is simply the act of concealing the source of unlawfully obtained money. Money laundering can occur in many ways, but the purpose of any money laundering effort is to make it look like money that was obtained through illegal means actually has some legitimate origin.

Money that has been successfully laundered can be used freely without drawing the suspicion of governments or financial institutions. Keep in mind that you can be charged with money laundering even if you had no involvement in any criminal activity that produced the money.

Common activities that may get the attention of investigators include using illegally-obtained cash to:

An individual may also be considered guilty of money laundering if they are simply part of or aware of a transaction that they know is intended to launder money or avoid reporting it to the government. New Jersey also prosecutes money laundering offenses when people file financial reports with false or omitted information.

According to the New Jersey Code of Criminal Justice 2C § 21-25, money laundering occurs when someone:

The consequences of a money laundering conviction in New Jersey can vary considerably depending on the nature and severity of the offense. Possible penalties may include:

Let’s review some straightforward answers to our most frequently asked questions about money laundering in New Jersey:

Is Money Laundering a Federal Crime?

Yes. In addition to being a state crime, the Money Laundering Control Act of 1986 explicitly made money laundering a crime at the federal level. The government does not need to prove that you actually handled money or assisted in laundering it to charge you. A federal money laundering conviction can result in up to 20 years in prison.

What Is the Statute of Limitations on Money Laundering in New Jersey?

Money laundering is typically prosecuted in New Jersey as an indictable crime, which is equivalent to a felony in other states. Most indictable crimes are subject to a five-year statute of limitations under the law, which means state prosecutors have five years from the date of the offense to file criminal charges against you.

The federal statute of limitations on money laundering is also five years.

What Are the Three Levels of Money Laundering?

The three levels of money laundering offenses in New Jersey include:

“Keith is a great lawyer. He really helped me out when I had my back against the wall. I would definitely hire him again for all my legal needs.”

“Keith was very quick to get to the task. I contacted him the afternoon before my son’s scheduled appearance before the court. He guided us along the way and was always available through e-mail.”

“He kept his word. Have me the best options possible and followed through all of the way! Thank you for all of your help. It was with every penny!”

Keith G. Oliver
Founding partner Keith G. Oliver has a passion for helping people who are caught up in the criminal justice system.
View Bio 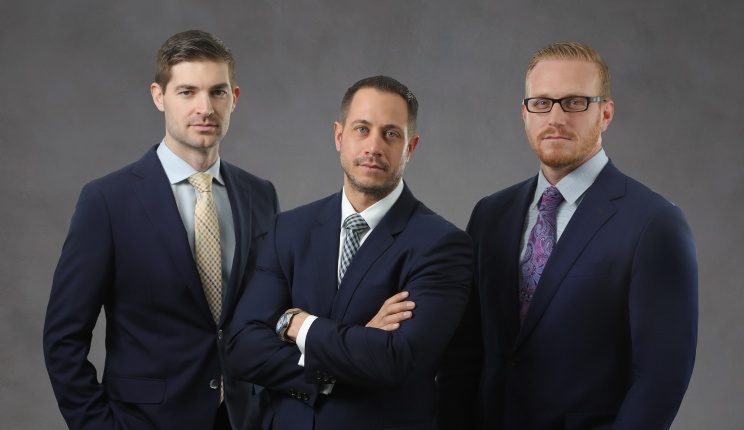 If you are facing money laundering charges in Middletown Township, NJ, do not despair. Reach out to the compassionate and attentive money laundering lawyers at Keith Oliver Criminal Law. We can answer your questions and evaluate your case for free when you contact us for a confidential consultation session.

Get Your Free Case Review