Were you involved in a physical altercation in Manalapan? Were you placed under arrest and charged with simple assault as a result of that altercation? If so, you are not alone. Simple assault is by far one of the most common criminal offenses litigated in local municipal courts throughout New Jersey, including the Manalapan Municipal Court. Although simple assault is the lowest level assault charge in New Jersey and the only assault charge that is not considered a felony offense, the potential ramifications if convicted can be crippling. That is especially true if the altercation in question is classified as an “act of domestic violence“. If the simple assault charge is classified as an act of domestic violence, which in essence means it involved loved ones or family members, then the individual may also be saddled with a temporary restraining order as well as facing a detention hearing. For more information on restraining orders and detention hearings, please see below.

What is Simple Assault? Can I Go to Jail?

Simple assault, which is governed under NJSA 2C:12-1a, is the lowest level assault charge in New Jersey. There are in essence three different scenarios in which a prosecution can attempt to prove a simple assault charge. They are as follows:

Bodily Injury has been defined as a physical pain, illness or any impairment of a physical condition.

Where Do I Appear for a Simple Assault Charge in Manalapan?

Since simple assault is considered either a disorderly persons or petty disorderly persons offense, the charges will be litigated in the Manalapan Municipal Court, which is located at 120 County Rd 522. With that being said, if the individual is served with a temporary restraining order (TRO) as well, that hearing must be litigated in the Chancery Division, Family Part of the Monmouth County Superior Court. Furthermore, if the individual is also charged with additional indictable (felony) crimes like terroristic threats, burglary, aggravated assault, assault with a deadly weapon or possession of a weapon for unlawful purpose, then the entire matter, including the simple assault charge must be transferred to the Monmouth County Superior Court, which is located in Freehold for disposition.

Can Someone Get a Restraining Order for Assault Charge in NJ?

This hearing is separate and apart from the underlying simple assault charges and they carry their own crippling consequences, which include the forfeiture of firearms and being placed in a nationwide domestic violence database. For those things to occur, the victim must proceed with the temporary restraining order and obtain what is known as a final restraining order. In order to do so, a formal hearing must take place. For more information on restraining orders in Monmouth County, please click the link.

Can I Get Bail on a Simple Assault Charge?

If a Defendant is charged with simple assault and the offense is considered an act of domestic violence, then the complaint will be issued on a warrant and they more likely than not will be detained in the county jail for at least 24 hours so that Pretrial Services can conduct their interview. Depending on their determination, the  prosecutor’s office will have to decide by the Defendant’s Central Judicial Processing Hearing whether or not they will file for a Detention Hearing. If that is to occur, that means that the prosecution is seeking to convince the Judge that the Defendant must be detained, pretrial, without bail.

Keith Oliver Criminal Law is a Monmouth County based criminal defense firm, comprised of attorney who have dedicated their entire careers to those who have been accused of crimes like simple assault, harassment, resisting arrest, assault by auto and eluding. As you can see from reading above, a criminal conviction for simple assault can have devastating consequences on ones’ life. As such, our attorneys are dedicated to aggressively defending these case in order to achieve a desirable outcome. To speak to one of our Manalapan criminal defense attorneys today, then please contact our Middletown office at 732.858.6959 or you can try contacting us online. 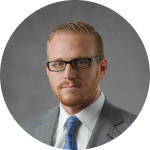