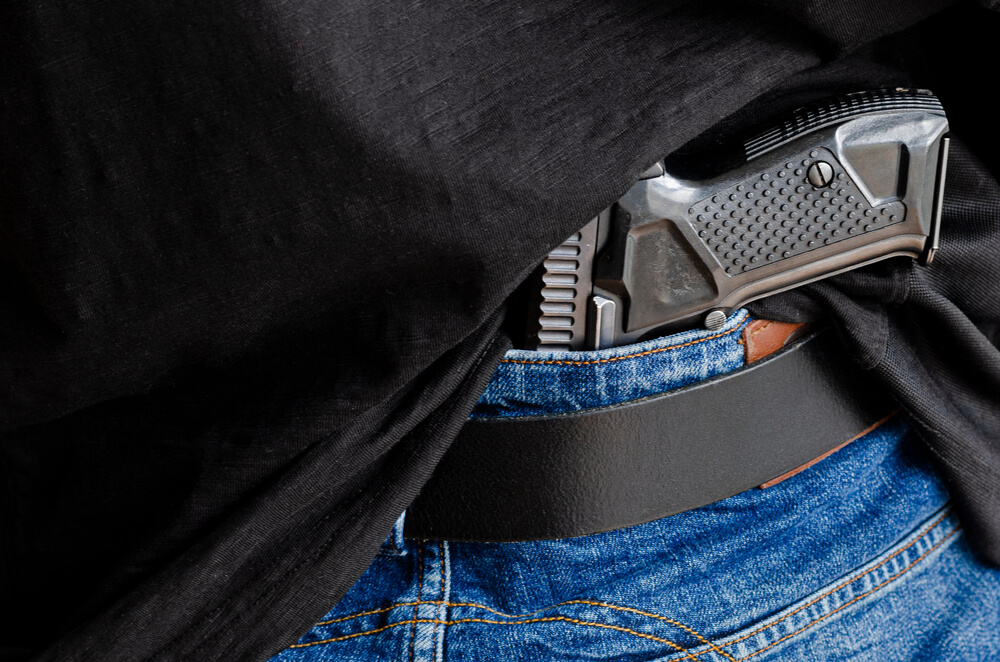 Earlier this year Keith Oliver Criminal Law was retained to represent an individual who unfortunately found himself starring down the barrel of one of New Jersey’s unforgiving gun laws. A typical sentence for a gun charge in New Jersey will require not only a mandatory State Prison sentence but a mandatory parole ineligibility period as well.  It is important to note here that this includes for simple  possessory offenses. In other words, the only crime committed was being in possession of the firearm without first obtaining the proper permit from New Jersey. It is well known by now that New Jersey has some of the harshest gun laws in the entire Country. It is so well known by now that we have been told by numerous truck drivers that they will take detours around New Jersey to avoid potentially putting themselves in crosshairs. Here is some of the specifics surrounding a case we just resolved for one of our clients in Somerset County.

Our client, who was temporarily transferred to New Jersey for work, found himself starring down not only a mandatory state prison term but also a mandatory parole ineligibility term as well following his arrest for unlawful possession of a weapon in Bridgewater Township. To make matters worse, our client was not a United States citizen and if convicted, without question would have been facing deportation proceedings. After being retained our office quickly got to work trying to gather all the facts surrounding the charges. Once we were able to review the reports, witness statements as well as our clients own statement, we quickly concluded that the best way to defend our client was to seek what is known as a Graves Act Waiver. A Graves Act Waiver can either reduce and/or eliminate the otherwise mandatory term of incarceration as well as the parole ineligibility period that is required for anyone convicted of unlawful possession of a weapon. After numerous discussions with the prosecution we were able to secure a full Graves Act Waiver and secure our client’s admission into the Pretrial Intervention Program. Pretrial Intervention, often referred to as PTI is a diversionary program in New Jersey, whereby if the individual completes the term without violating any of the conditions imposed, the charges will be outright dismissed. Typically speaking, since unlawful possession of a weapon (gun) is considered a second degree felony offenses in New Jersey, anyone seeking admission onto the PTI program would have to enter a guilty plea upon entering. However, this was not an option for our client, for immigration purposes, if an individual enters any admission on the record, even if he is never formally sentenced and considered to have a conviction, that plea can be used as the basis to initiate deportation proceedings. Fortunately for our client, we were able to secure his admission without having to enter a formal plea. Therefore, as long as he completes the one year PTI term without getting re-arrested, the charges will be outright dismissed against him. Not only will he never serve a day in jail but he will also not be a convicted felony and will not be subject to deportation proceedings. This was a tremendous result for our client. Provided everything goes well on PTI, he will be able to expunge the case in its entirety six months after completion.

How does the Graves Act work in New Jersey?

The Graves Act was originally instituted to curb gang related violence. It required mandatory prison sentences for certain gun related offenses. When it was originated it focused more on weapons related offenses that involved violence and/or drug related crimes. For example, possession of a weapon for an unlawful purpose and possession of a firearm during the commission of a drug offenses. However, in 2008 the Graves Act was expanded to include simple possessory offenses. In New Jersey, an individual must first obtain a firearms id card prior to being able to lawfully own and/or possess a firearm. In addition, New Jersey has very strict procedures as too when an otherwise lawful gun owner can remove the firearm from their residence and travel about the state with it. The 2008 amendment to the Graves Act swept under its grasp otherwise lawful gun owners who were not transporting the weapon properly as well as lawful out-of-state gun owners who were simply traveling to New Jersey. The Graves Act requires that anyone convicted of one of its enumerated offenses not only be subject to mandatory state prison but a mandatory parole ineligibility term as well. Anyone convicted of unlawful possession of a handgun, NJSA 2C:39-5B, would be facing at a minimum five years in a New Jersey State Prison with a forty-two month parole ineligibility term. That means that the individual must do at least 3 1/2 years before they can be come eligible for parole.

How does one get a Graves Act Waiver in New Jersey?

In order to secure a Graves Act Waiver in New Jersey defense counsel must in essence convince the prosecution that their clients case falls outside the legislative intent of the Graves Act. A lot of these waivers are fact specifics, not only the underlying facts of the case but the background of the individual as well. These waivers are very carefully scrutinized and typically only granted in the rarest of cases.

What Could a Sentence be if a Graves Act Waiver is Granted?

As stated above, a Graves Act Wavier could either reduce and/or eliminate not only the parole ineligibility term but the mandatory term of incarceration as well. Here are some of the common Graves Act Waiver sentences given in New Jersey:

All the potential sentences besides the Pretrial Intervention Program will result in the individual be scarred as a convicted felony. Also, since they are a convicted felony, they will be required to forfeit their second amendment rights and will forever be barred from owning weapons.

It should go without saying that gun charges in New Jersey are not something to take lightly or underestimate. The potential penalties can be absolutely crippling. It is important to remember that the Graves Act would apply regardless of the individuals criminal record. If you have found yourself summonsed into Court in Somerset or Hunterdon County to defend unlawful possession of a weapon, possession of a weapon for an unlawful purpose, certain persons not to possess a weapon or any other weapons related offenses, Keith Oliver Criminal Law can help. Our attorneys have defend countless gun charges over the years and have secured numerous waivers for clients. If you would like to sit down and discuss your option with one of our criminal defense attorneys today, please feel free to contact our office at 908.533.1064. As always, our initial consultations are free of costs. We serve all of Somerset and Hunterdon County, including Clinton, Raritan, Readington, Hillsborough, Franklin, Somerville, Flemington, Bedminster, Manville, Union, North Plainfield.